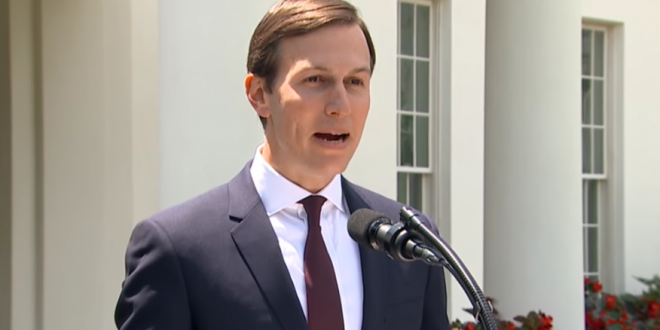 Just days before heading to a West Wing job, Donald Trump’s son-in-law, Jared Kushner, was secretly engaged in talks to sell his struggling news organization, the New York Observer, to Clinton megadonor and Univision chair Haim Saban and Hillary Clinton ally David Brock — a progressive media figure with aspirations to turn the news outlet into “the Breitbart of the left.”

After the 2016 election, Kushner and Observer Media chair Joseph Meyer reportedly sought to offload the paper to Trump allies, including American Media, the parent company of the National Enquirer, one of the media publications that portrayed Trump in a positive light during the campaign. But according to two sources, Kushner and Meyer found more attractive suitors in Hillaryland.

In the days after the election, Observer Media executives took part in discussions with Saban and Brock. A source familiar with the matter said that Kushner did not initiate the talks and largely recused himself after an initial discussion, though he did not have any apparent reservations about selling to his father-in-law’s sworn enemies.

Media Matters, as you probably know, is funded in part by the right wing’s eternal boogieman, George Soros. Hit that link for more.