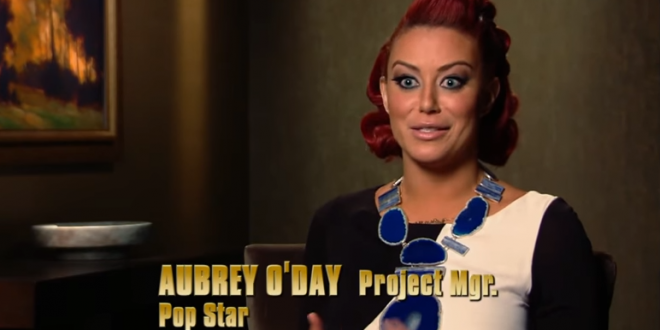 Years before Vanessa Trump filed for divorce from Donald Trump Jr., their marriage was rocked when Don Jr. fell in love with a contestant on NBC’s “The Celebrity Apprentice.” Page Six has exclusively learned that Don Jr. — then a so-called “adviser” on the show — fell for Danity Kane star Aubrey O’Day while filming the show in 2011.

Sources say that Vanessa — who filed for divorce from the president’s son last week after 13 years of marriage — was devastated when he told her that he planned to leave her for O’Day. Vanessa was pregnant with their fourth child, Tristan, around that time.

Aubrey O’Day is the blond in the car’s front seat in the video below from Danity Kane’s 2008 hit.

NYPost / Page Six seems to be enjoying making Donald Trump Jr look like a jerk (something most of us already knew) https://t.co/yMAsXWYg21

EXCLUSIVE: A source said that Donald Trump Sr. stepped in when he heard about the relationship and told Don Jr. to “knock it off” https://t.co/WKXQsmXq3t

Aubrey O'Day's Song 'DJT' Was About an Affair, Was It Donald J. Trump Jr.? https://t.co/nIrUyi2QFB

Previous UTAH: Federal Court Dismisses Suit From Anti-Gay Nutjob Who Claims He Wants To Marry His Laptop
Next CHATTER AWAY: Overnight Open Thread