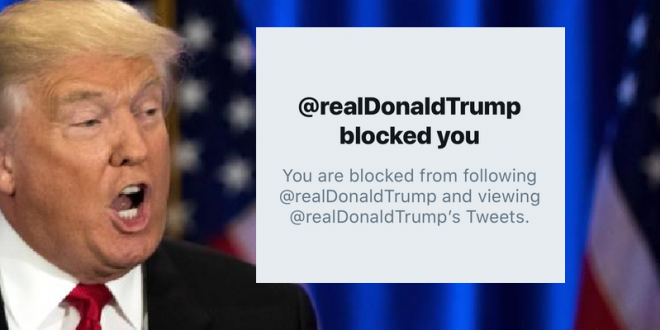 Judge To Trump: Mute But Don’t Block Your Followers

I’m among those Trump has blocked:

A judge is recommending that President Donald Trump mute rather than block some Twitter followers to resolve a First Amendment lawsuit. Manhattan federal Judge Naomi Reice Buchwald on Thursday suggested a settlement as the preferred outcome after listening to lawyers argue whether it’s constitutional for Trump to block his critics.

The hearing stemmed from a lawsuit filed in July by the Knight First Amendment Institute at Columbia University and seven people rejected by Trump after criticizing the Republican president. The government says Trump’s Twitter feed is a personal account and not a public forum requiring him to welcome all voices.