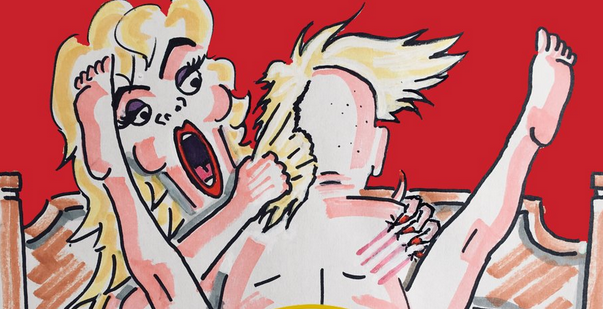 Consider yourself warned: Once you see comedian Jim Carrey’s newest painting, you will never, ever be able to unsee it. The 56-year-old comedian, who’s been sharing the products of a week-long art-bender on Twitter, returned Friday with two more: Fifty Shades of Decay, which shows President Trump in flagrante delicto.

Carrey has also posted his portrait of “Self-Unmade Man” Jared Kushner. His earlier portrait of Sarah Huckabee Sanders continues to draw screams of “anti-Christian bigotry” from the usual dark, dank corners of the web.