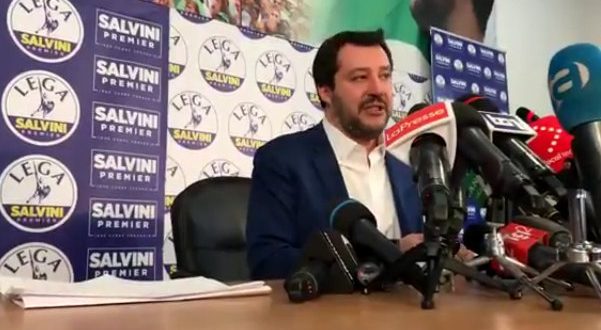 Italians registered their dismay with the European political establishment on Sunday, handing a majority of votes in a national election to hard-right and populist forces that ran a campaign fueled by anti-immigrant anger.

The election, the first in five years, was widely seen as a bellwether of the strength of populists on the continent and how far they might advance into the mainstream. The answer was far, very far.

After Chancellor Angela Merkel of Germany and President Emmanuel Macron of France beat back populist and far-right insurgencies in the past year, Europe had seemed to be enjoying a reprieve from the forces threatening its unity and values. That turned out to be short lived.

The vote on Sunday appeared to mark the political ascendency of two relatively new political parties that had until recently been considered fringe: the anti-establishment Five Star Movement (M5S), which early results showed had 31% of the vote, and the anti-migrant and Eurosceptic League, formerly known as the Northern League, which performed far better than expected.

While the former prime minister Silvio Berlusconi had been seen as leading the centre-right coalition, early results showed he was beaten by his younger rival on the right, Matteo Salvini, following a campaign in which Salvini emphasised support for radical immigration policies, including mass deportations of immigrants who are in Italy illegally.

Salvini, who is known for his bombastic and often racist rhetoric, said on Monday that the performance of his coalition meant that voters had given the right the mandate to lead, and downplayed the suggestion that the coalition would still require a partner to win a majority.

Previous Russia: America Tried To Interfere In Our Election
Next Trump Rages: Obama Tried To Fix Election For Hillary