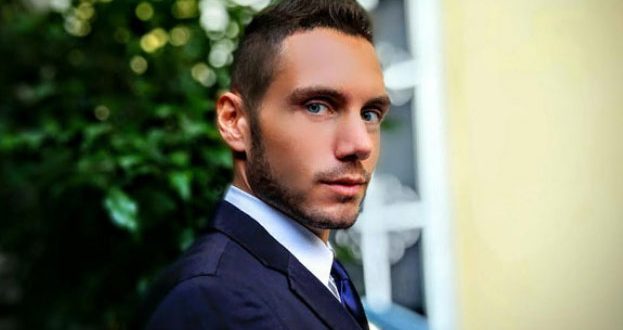 Earlier this month I reported that an Italian escort had delivered a 1200-page dossier to the Vatican which outs 40 gay priests as his clients. Unsurprisingly, the story continues to earn headlines in the Italian press. This week the escort speaks to our own Father Tony Adams, himself a retired Catholic priest, in an interview with South Florida Gay News. An excerpt:

In Naples, Italy, handsome young Francesco Mangiacapra is a self-identified “marchettaro,” a male prostitute servicing gay men. The Cardinal Archbishop of Naples is 74 year-old Crescenzio Sepe, who was made a Cardinal by Pope Saint John Paul II, and had a terrific Vatican career before his star crashed when he was farmed out to Naples by Pope Benedict XVI under a cloud of financial corruption.

I asked Mangiacapra the obvious question: why give Cardinal Sepe a dossier exposing 40 gay and sexually active priest-clients? His response morally transcends what you might expect from a prostitute talking about hypocritical priests.

“I released this dossier because I wanted to expose the ‘bad apples,’ not to throw mud at the Catholic Church but to help her get rid of the rot that contaminates the healthy part. The behavior of these priests is, in many cases, the fruit of bad leadership in which priests are allowed to do the opposite of what they preach,” Mangiacapra said.

“This kind of ‘schizophrenic’ morality is typical of the hierarchy. The paradox of my relationship with the clergy is that there is a role reversal in which I am a sinner denouncing the priests who are the supposedly moral leaders but are committing sin. Those priests throw stones from their glass houses and the bishops make sure that all those stone-throwers are never exposed! In my book, and now with this dossier, I demonstrate that there is a real lobby of gay priests, a freemasonry, an underground.”