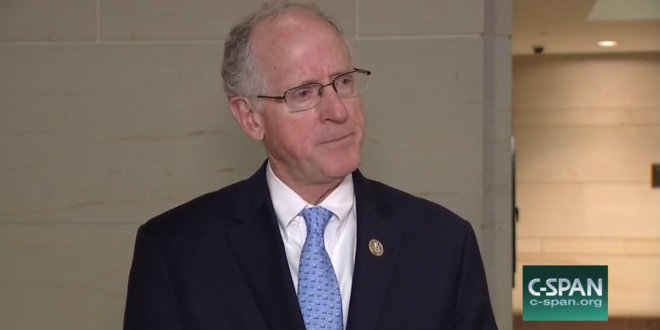 Even as the special counsel expands his inquiry and pursues criminal charges against at least four Trump associates, House Intelligence Committee Republicans said Monday they have found no evidence of collusion between Donald J. Trump’s presidential campaign and Russia to sway the 2016 election.

Representative K. Michael Conaway of Texas [photo], who is leading the investigation, said committee Republicans agreed with the conclusions of American intelligence agencies that Russia had interfered with the election, but they broke with the agencies on one crucial point: that the Russians had favored Mr. Trump’s candidacy.

“The bottom line: The Russians did commit active measures against our election in ’16, and we think they will do that in the future,” Mr. Conaway said. But, he added, “We disagree with the narrative that they were trying to help Trump.”

House Intelligence Committee Republicans say they found “no evidence of collusion” between Russia and Trump campaign in its Russia probe. pic.twitter.com/IqfbjIMFpA

NEWS: GOP on House Intel reach conclusion: No evidence of collusion between Trump camp and Russia. GOP draft report will also contend that evidence does NOT support intel community assessment that PUTIN tried to help Trump win. Ds yet to see report. https://t.co/jeFAQc1hi2?amp=1