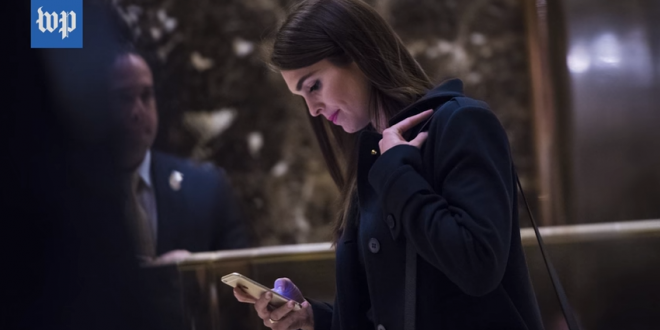 Hope Hicks To House Intel Panel: My Email Was Hacked

Hope Hicks told the House Intelligence Committee last week that one of her email accounts was hacked, according to people who were present for the former White House communications director’s testimony in the panel’s Russia probe.

Under relatively routine questioning from Rep. Jim Himes, D-Conn., about her correspondence, Hicks indicated that she could no longer access two accounts: One she used as a member of President Donald Trump’s campaign team and a personal account, according to four people who spoke on the condition of anonymity because the closed meeting of the Intelligence Committee was supposed to remain private.

Hicks, who portrayed herself as not savvy in matters of technology, told lawmakers that one of the accounts was hacked, according to two sources who were in the room. It is unclear if Hicks was referring to a campaign or personal account.

And the hits just keep coming.