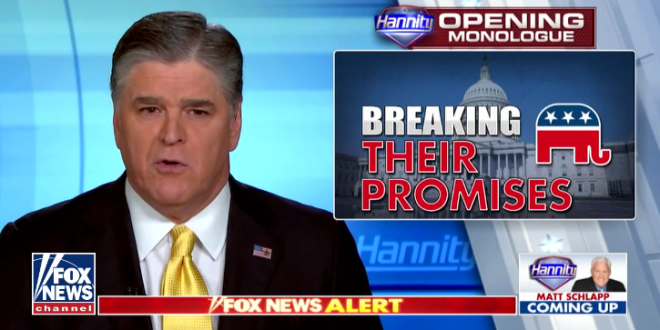 Hannity Flips Out Over Spending Bill: If The GOP Loses In Midterms, It Will Be Their Fault, Not Trump’s [VIDEO]

“I personally wish the President vetoed this bill, made them stay in Washington. Make them keep their promises. What happened to the Republican party––whatever happened to the party that believed in fiscal responsibility? We now need a revitalized second party, Republican party. They need to go back to their core principles. If they don’t by November, they will have nobody to blame but themselves if they lose. It won’t be Donald Trump’s fault.” – State TV host Sean Hannity.