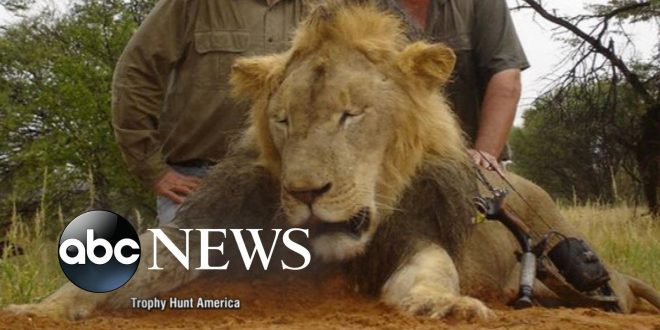 The Trump administration has launched a commission at the Interior Department to promote big-game trophy hunting and the “economic benefits that result from US citizens traveling to foreign nations to engage in hunting.” The council, which will cost taxpayers $250,000 a year, is charged with making recommendations to Secretary Ryan Zinke about removing barriers to importing trophy hunting animals—such as the recently overturned ban on elephant and lion trophies from some countries—and relaxing legal restrictions on hunting and importing endangered species.

The members of the International Wildlife Conservation Council, which is holding its first meeting Friday, include a reality-TV safari hunting guide, a former beauty queen, gun industry representatives, members and affiliates of a controversial trophy hunting group, and a veterinarian associated with an exotic animal breeding facility in Florida that sells endangered animals to roadside zoos.

Of the 16 IWCC members, at least 10 have an affiliation with Safari Club International, which represents wealthy big-game hunters who often tangle with the Fish and Wildlife Service over permits to import of game trophies from overseas, particularly for endangered species. Perhaps SCI’s most famous member is Walter Palmer, the Minnesota dentist who got into hot water in 2015 for killing a lion named Cecil who lived in Zimbabwe’s Hwange National Park.

At the link you’ll find much more about the NRA-affiliated kooks, trophy hunters, and reality show stars that will be part of Trump’s new commission.