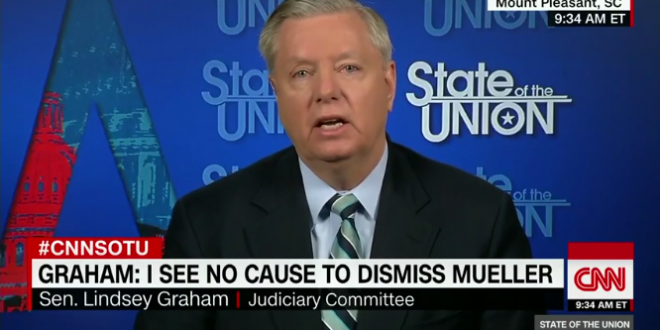 “I think we owe it to the average American to have a hearing in the judiciary committee where Attorney General Sessions comes forward with whatever documentation he has about the firing, and give Mr. McCabe the chance to defend himself,” Graham, a member of the panel, said on CNN’s “State of the Union.”

“I believe when it comes to this issue we need as much transparency as possible to make sure it wasn’t politically motivated,” he added. Sessions on Friday fired McCabe. President Trump, who has personally attacked McCabe in the past, quickly praised that decision on Twitter, accusing McCabe of corrupt tactics and calling his firing a “great day for Democracy.”

If President Trump fired Robert Mueller, “that would be the beginning of the end of his presidency, because we are a rule of law nation,” says GOP Sen. Lindsey Graham #CNNSOTU https://t.co/YGW17KN74f https://t.co/9kkjLc7CNb