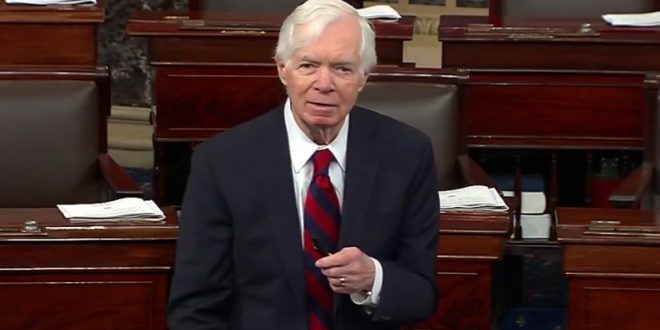 U.S. Sen. Thad Cochran announced Monday he is resigning effective April 1 because of health reasons, ending one of the longest and most storied political careers in Mississippi history. He is 80.

“I regret my health has become an ongoing challenge. I intend to fulfill my responsibilities and commitments to the people of Mississippi and the Senate through the completion of the 2018 appropriations cycle, after which I will formally retire from the U.S. Senate,” Cochran said in a statement Monday.

Cochran was first elected to the Senate in 1978, becoming the first Republican in more than 100 years to win a statewide election in Mississippi. He is the tenth-longest serving Senator in U.S. history. Cochran previously served three terms in House of Representatives.

Last fall it was reported that Cochran appeared “frail and disoriented” during an interview and afterwards had to be directed to the Senate chamber where he’s worked for decades.

Under Mississippi law, US Senate vacancies are filled by an interim appointment made by the governor. A special election must then be held unless the vacancy occurs during a regular election year for the seat. Cochran was due to serve until 2020.