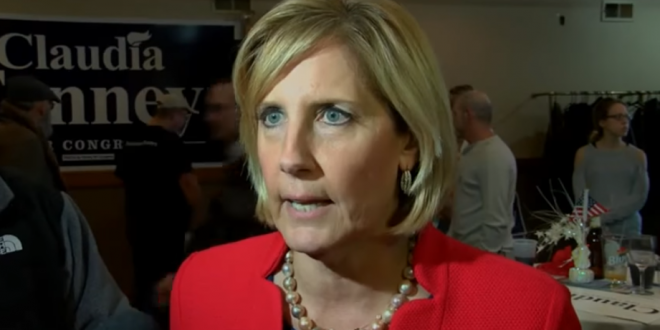 Rep. Claudia Tenney (R-N.Y.) made yet another unfounded claim on Wednesday while speaking about Housing and Urban Development Secretary Ben Carson’s spending.

The lawmaker was talking to a New York radio station when she blamed the “deep state” for a $31,000 dining set that Carson’s wife apparently ordered for his office. Tenney told the “Talk of the Town” hosts that she spoke to someone from Carson’s office and that no one on his team had ordered the set.

“Somebody in the deep state ― it was not one of his people, apparently ― ordered a table, like a conference room table or whatever it was, for a room,” Tenney said. “And that’s what the cost was. Ben Carson tried to — he said, “You know how hard it is to turn it back because of the way that the procurement happens?”

This is the same insane loon who earlier this month declared that most mass shooters are Democrats and then screamed “fake news” at a reporter when asked to back up her claim.

Previous Trump Orders $50 Billion In Trade Tariffs On China
Next Liberty Counsel: If You Buy Girl Scout Cookies You Are Paying To Promote Sexual Promiscuity To Innocent Girls