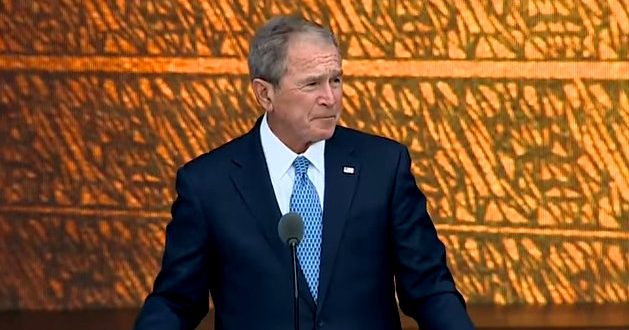 One of the Republican Party’s most-famous faces appears to be thankful for the bombastic and unstable presence of President Donald Trump, believing the current White House resident could help grow his depleted stock. Former president George W. Bush often smiles when the chaoses and scandals that are trademarks of Trump’s administration enter into a conversation, according to a new report. “Without chiming in with the Trump critics, Bush is often heard to remark, unable to stifle his trademark smirk: ‘Sorta makes me look pretty good, doesn’t it?'” the National Journal reports.