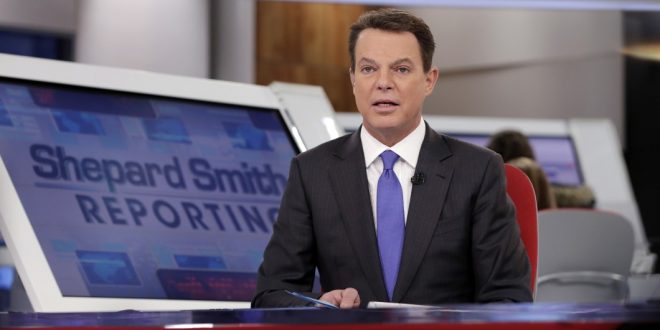 Fox News chief news anchor Shepard Smith announced Friday afternoon he was taking a “previously-planned one-week vacation” and joked that when he returns “everything will be peachy-keen & hunky-dory.”

The announcement comes just hours after fellow Fox News hosts Sean Hannity and Laura Ingraham slammed Smith as “clueless” about what the opinion side of the network does and for making “inconsiderate and inaccurate” statements about prime-time Fox programs.

Smith had previously said the opinion hosts on his network “don’t have rules” and are just meant for entertainment. “We work for different reporting chains, we have different rules. They don’t really have rules on the opinion side. They can say whatever they want. If it’s their opinion.”

The eye-popping tweets were prompted by comments Smith provided to Time magazine for a story that was published on Thursday.

In the story, Smith was sharply critical of the Fox News opinion bloc. He said the hosts on the opinion side “don’t really have rules” they need to follow, and remarked that some of the opinion programming on Fox News “is there strictly to be entertaining.”

The longtime Fox News anchor even suggested he doesn’t trust “Fox & Friends,” the network’s flagship morning show, to report the news accurately, saying, “I try to find out what’s happening, as opposed to just listening to what they’re saying.”

While Shep is a friend with political views I do not share, and great at breaking news, he is clueless about what we do every day. Hannity breaks news daily-Warrant on a Trump assoc, the unmasking scandal, leaking intel, Fisa abuse, HRC lawbreaking, dossier and more REAL NEWS! 9p https://t.co/zJpnnyFTtP

Always liked Shep, but his comments were inconsiderate & inaccurate. The hard working team at the Ingraham Angle does real reporting, develops impt sources and scores big interviews. Very proud of them. https://t.co/3aR1EHAK3Z