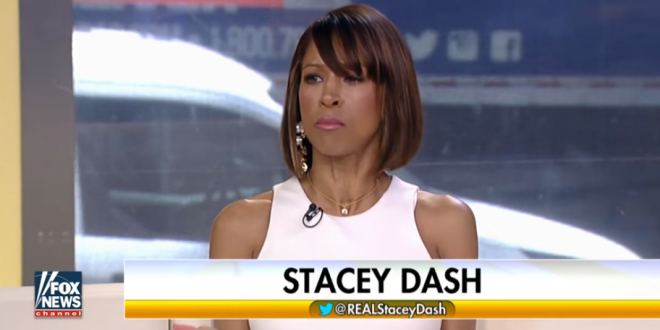 “Clueless” star and former Fox News commentator Stacey Dash is withdrawing her congressional bid, a representative for the actress confirmed to CNN Friday.

“After much prayer, introspection and discussions with my family, I am withdrawing my candidacy for California’s 44th Congressional District,” Dash said in an email statement to CNN.

The news comes one month after the actress and outspoken Republican filed paperwork to run in California’s 44th district, which is currently represented by Democrat Nanette Barragán. Her campaign slogan was “Dash to D.C.”

The district, which includes Compton, Watts, San Pedro and North Long Beach, has long been represented by a Democrat. It overwhelmingly voted for Democratic presidential nominee Hillary Clinton in 2016, 83%-12%.

Previous NOM’s Brian Brown: Today I Know How Jesus Felt
Next Dennis Rodman: This Photo Is What I’m Hoping For