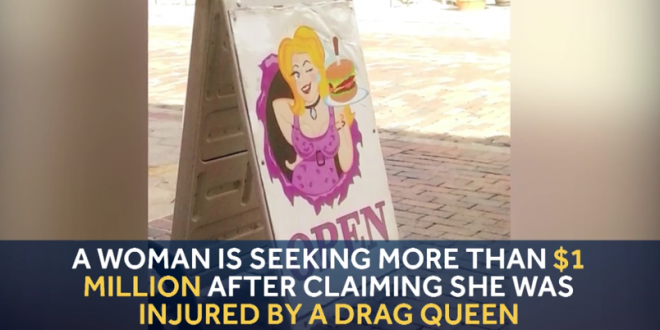 A woman who visited Hamburger Mary’s in Tampa is suing the establishment for $1.5 million after, she said, she was injured by a drag queen’s breasts. According to the complaint, Neldin Molina said she was with other guests and family members at the restaurant for dinner in May of 2015 to celebrate a friend’s birthday.

Amanda D’Hod, the complaint alleges, touched Molina’s shoulder and then walked in front of her and grabbed her head. The complaint said the performer then “wiggled her breasts against the Plaintiff’s face and head eight times.” The performer allegedly grabbed Molina’s face and pushed it and shook it several times before pounding it against D’Hod’s chest violently.

Molina, who reportedly went the emergency room due to “cervical pain and uncontrollable headaches” after the incident, seeks compensation for mental and physical injuries, plus medical costs. The complaint also alleges that the restaurant failed to warn patrons of possible danger.