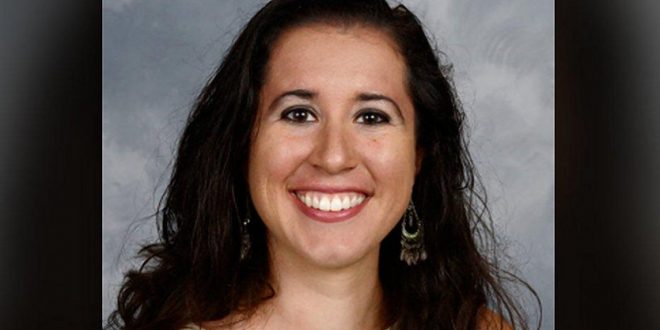 Dayanna Volitich, a 25-year-old social studies teacher at Crystal River Middle School in Florida, has been secretly hosting the white nationalist podcast “Unapologetic” under the pseudonym “Tiana Dalichov” and bragging about teaching her views in a public school, HuffPost has discovered.

In her most recent podcast on Feb. 26, a guest railed against diversity in schools, dismissing the idea that “a kid from Nigeria and a kid who came from Sweden are supposed to learn exactly the same” and have the “same IQ.” Volitich enthusiastically agreed with the guest, and went on to argue that “science” has proven that certain races are smarter than others.