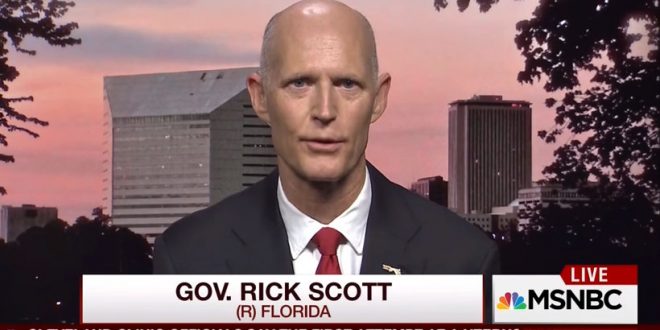 Florida Gov. Rick Scott is set to make a “major announcement” on April 9 amid long-running rumors he will run for U.S. Senate, according to Jackie Schutz Zeckman, Scott’s outgoing chief of staff. If Scott runs for Senate, it will set up what will be a nationally-watched race in a state with notoriously razor thin statewide election results.

Sen. Bill Nelson (D-Fla.) has been in the Senate since 2001, but there is almost universal agreement that this will be his toughest election fight. Scott is the most popular he has ever been, has been Florida’s most prolific political fundraiser and can use his personal wealth to write his campaign a check, as he has done in his two gubernatorial races.

Join me the morning of April 9th on Facebook Live, as I make a big announcement. pic.twitter.com/KBBtUCueyp