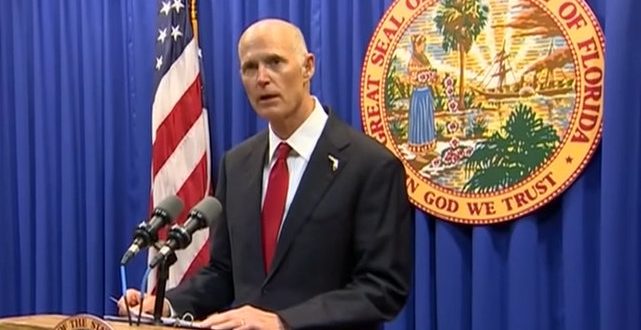 The Florida House sent the state’s first gun control measures in 22 years to Gov. Rick Scott on a 67-50 vote. The measure that also creates a school marshal program to arm classroom teachers comes three weeks after 17 were slain at a Parkland high school. Scott said he will read the bill and talk with family members of those killed before he decides whether to sign or veto the measure. “I’m going to take the time to read the bill,” said Scott. “I have been clear. I don’t believe we should be arming teachers.”

The bill includes a three-day waiting period for most gun purchases, raises the minimum age to 21 to purchase a gun and gives police more authority to confiscate weapons. The marshal program, which was renamed the “guardian program,” was one of three objections opponents used to try to kill the bill. Another was the House’s refusal to ban assault weapons. Others wanted to reject new restrictions on access to guns. They said they saw no need to punish law-abiding citizens for the act of a madman.

Florida House passes gun control bill that bans bump stocks, increases minimum age to buy a rifle from 18 to 21, institutes a three-day waiting period for all gun sales, and arms some teachers and other school staff. https://t.co/IMuq3prUEw

Previous Trump Lawyer Michael Cohen Got Restraining Order Blocking Stormy Daniels From Talking About Affair
Next REPORT: Mueller Has Evidence That Erik Prince Set Up Secret Meeting To Establish Back Channel To Kremlin