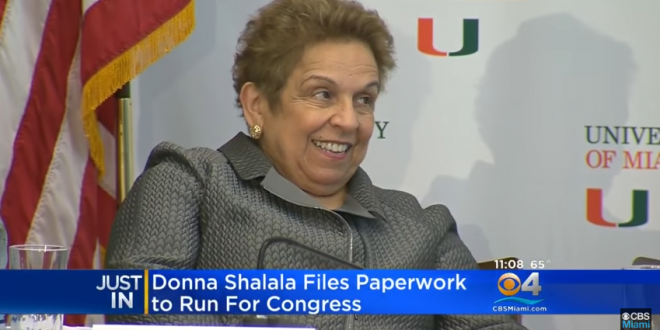 FLORIDA: Clinton HHS Secretary To Run For US House

Shalala, a Democrat, served as Health and Human Services secretary under President Bill Clinton. Well-known in the region, Shalala, 77, is considered a top choice for the Democratic nomination.

With access to the Clinton family’s big-pocketed donors, Shalala has the potential to be a formidable fundraiser. But some of her strengths could be also be weaknesses. Another Democrat in the race, Miami Beach Commissioner Kristen Rosen Gonzalez, told Politico earlier this year said that Shalala represented the “elite” of the party.

Shalala, 77, has never run for an elected office.