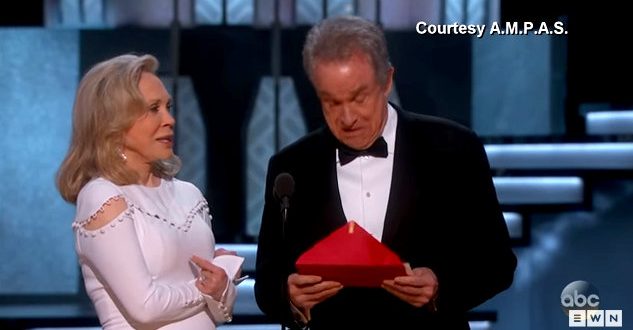 After the real-life disaster at last year’s Oscars, the Academy feels the best way to make sure the proper people accept the award for Best Picture — bring back the ones who screwed it up … because TMZ has learned Warren Beatty and Faye Dunaway will do the honors again!!!

Our Oscar sources tell us Warren and Faye both just showed up at the Dolby Theatre and rehearsed the big moment. We’re told they were shuffled onstage together very quickly to run through their bit. They went through their lines twice. She began by saying, “Presenting is better the second time around,” Beatty followed up with, “The winner is ‘Gone with the Wind.”