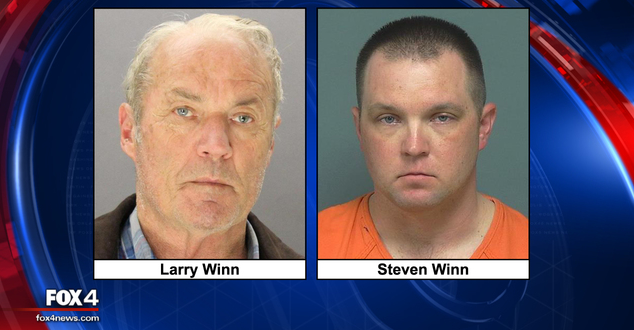 A father and son, both on the staff of a North Texas Baptist Church, have each been accused of sexual assault of a child, Mesquite police say. Steven Aaron Winn, 33, of Crandall, and his father, Larry Allen Winn, 65, of Dallas, are both employed at the Open Door Baptist Church in Mesquite.

The elder Winn is the business director while his son served as an assistant youth pastor. Both men, police said, are now facing charges of sexual assault of a child for different relationships with teenage girls.

Steven Aaron Winn, a Dallas resident, ran the bus ministry at Open Door Baptist Church on South Belt Line Road. According to the church’s website, the ministry provides children with rides to and from services and Sunday school.

According to Mesquite police, a church member said Winn raped her three years ago, when she was 16. Winn was no longer listed on the church website’s staff page Monday. The church did not return calls seeking comment.

Because Winn’s position at the church allowed him access to children for a number of years, police think there may be more victims. Anyone with information about Winn is asked to call police at 972-285-6336.

Open Door Baptist Church made headlines in 2011 when its former senior pastor, Matthew Jarrell, was arrested for allegedly raping a woman in West Virginia. Jarrell hanged himself in jail before going on trial.