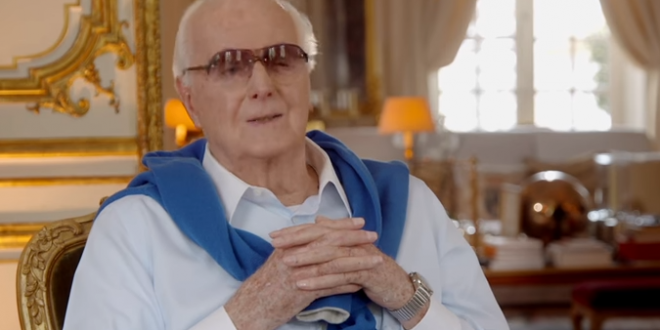 Hubert de Givenchy, the aristocratic French fashion designer whose understated style represented a golden age of elegance, has died aged 91. Givenchy dressed Audrey Hepburn and Jackie Kennedy and is famous for the “little black dress”. He died at the Renaissance chateau near Paris that he shared with his partner and fellow designer Philippe Venet.

At 6ft 6in tall, Givenchy, whose full name was Count Hubert James Marcel Taffin de Givenchy, was a giant of the fashion world in every sense.

He created on- and off-screen wardrobes for Hepburn for films including Breakfast at Tiffany’s and Funny Face. His enduring muse, Hepburn inspired Givenchy’s first perfume, l’Interdit, and is credited with the designer’s subsequent success and popularity in the US.

The House of Givenchy is sad to report the passing of its founder Hubert de Givenchy, a major personality of the world of French Haute Couture and a gentleman who symbolized Parisian chic and elegance for more than half a century. He will be greatly missed. pic.twitter.com/xapm0zSwDy

Previous Trump: Schools Should Not Be Gun-Free Zones
Next NORTH CAROLINA: Homocon State House Candidate Opposes Trans Troops Because They Might “Snap”