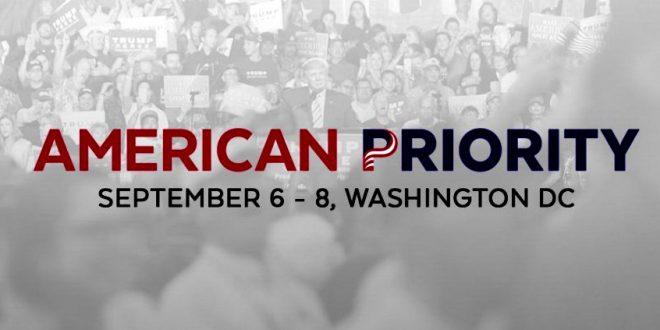 Those looking into the Magic 8-Ball of the 2018 midterms recognize that it’s looking pretty bleak for the GOP. “Slaughtered” might be a better term to describe how Republicans might fare in November, according to longtime GOP strategist Ali Alexander.

“The inverse of 2010 [midterm elections] is not gonna happen, but the blue bump is coming,” Alexander said about the impending Democratic blue wave in an interview with the Washington Examiner. “Because the power structure now, we would lose the House if there was an election today.”

Instead of sitting on his hands, Alexander founded the American Priority Conference, which will hold its first annual gathering in Washington at the Marriott Wardman Park Hotel from September 6 to 8 —only two months before the 2018 midterm elections. This new conference, according to a press release, will be a venue for “conservatives, center-right populists, economic nationalists, and libertarians to discuss their ideas and prioritize agenda items within the political, policy, and cultural arenas.”

Mike Cernovich, a former alt-right personality who has since disavowed the movement and gone on to promote the “New Right” movement, is the first announced speaker at the conference. The conference website says that potential speakers, including some members of the Trump administration, will be invited next month. Akbar told Right Wing Watch that this year’s CPAC, despite its largely pronounced pro-Trump themes, had catered to “the admin, but not the MAGA movement.”

“MAGA personalities were not put on that stage, just a lot of government officials were and people spruced up their language a bit to stay in the good graces of the admin,” Akbar said, adding that many of this year’s speakers were from the “establishment guard” and were the “same people, different t-shirt.” His conference, he said, will represent the populist wave among conservatives that organizers believed CPAC excluded and that there will be a “heavy emphasis on the America First theme.”

We welcome all Americans who want to “make America great again.” We refuse to play the media’s rules that a speaker should be barred and disavowed because their views don’t subscribe to group think, are considered controversial, or have said a gaffe in the past.

Our conference seeks to promote a dialogue about advancing the “America First” agenda, an inclusive set of ideas that does not disparage any person or group because of their race, gender, sexual orientation, ability, or religion.

However, we welcome controversial thoughts in the marketplace of ideas and may host speakers that we or many participants disagree with on panels. AmPro does not endorse the entire contents or totality of any participant.

The conference is being promoted by far-right activist Jack Posobiec, who is perhaps best known for holding up a “Rape Melania” sign in an attempt to discredit a group of anti-Trump protesters.

Good morning to everyone except for Globalists.

Why does the left make it so easy. They make themselves look bad https://t.co/rn5Y8ipZLq