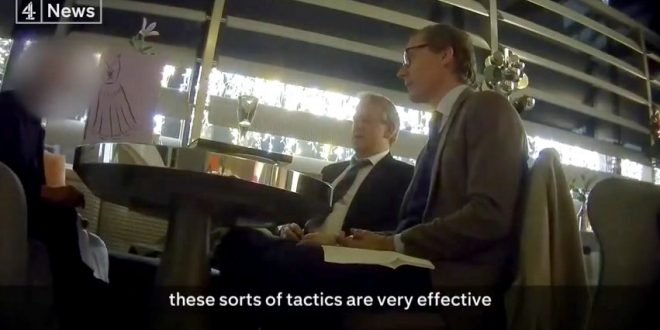 Senior executives at Cambridge Analytica – the data company that credits itself with Donald Trump’s presidential victory – have been secretly filmed saying they could entrap politicians in compromising situations with bribes and Ukrainian sex workers.

In an undercover investigation by Channel 4 News, the company’s chief executive Alexander Nix said the British firm secretly campaigns in elections across the world. This includes operating through a web of shadowy front companies, or by using sub-contractors.

In one exchange, when asked about digging up material on political opponents, Mr Nix said they could “send some girls around to the candidate’s house”, adding that Ukrainian girls “are very beautiful, I find that works very well”.

In another he said: “We’ll offer a large amount of money to the candidate, to finance his campaign in exchange for land for instance, we’ll have the whole thing recorded, we’ll blank out the face of our guy and we post it on the Internet.”