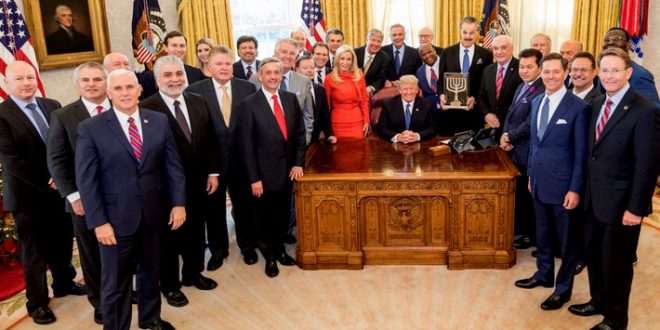 Conservative evangelical leaders have issued a rare public condemnation of the Donald Trump White House after the president signed an “immoral” spending bill that they say “constituted a moment of weakness” for his administration.

Evangelical leaders with close ties to the administration were quick to voice their disapproval of the $1.3 trillion omnibus bill passed by Congress and signed by the president last Friday, because the bill provides substantial funding to the nation’s largest abortion provider and significantly adds to the national debt.

The statement was tweeted out by Johnnie Moore, an evangelical public relations executive who works closely in an informal advisory role with the administration. Moore also handles media relations for a number of Trump’s informal evangelical advisors.

The full statement is below.