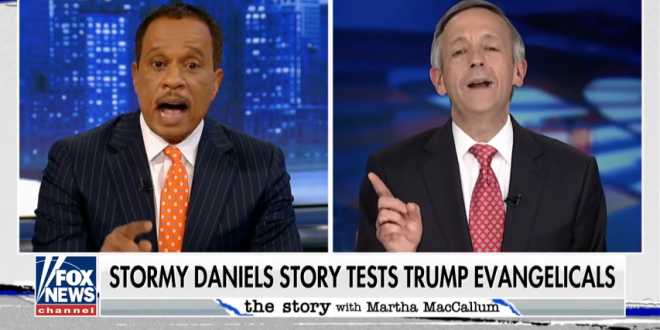 “However, whether this president violated that commandment or not is totally irrelevant to our support of him,” he continued. “Evangelicals knew they weren’t voting for an altar boy when they voted for Donald Trump. We supported him because of his policies and his strong leadership.”

As you’ll see, Juan Williams wasn’t having it. You may recall that Jeffress recently declared that God has given Trump the “moral authority” to murder Kim Jong-Un.