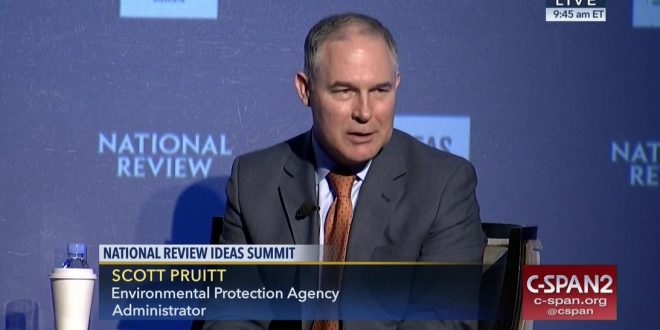 Environmental Protection Agency Administrator Scott Pruitt dismissed evolution as an unproven theory, lamented that “minority religions” were pushing Christianity out of “the public square” and advocated amending the Constitution to ban abortion, prohibit same-sex marriage and protect the Pledge of Allegiance and the Ten Commandments, according to a newly unearthed series of Oklahoma talk radio shows from 2005.

Pruitt, who at the time was a state senator, also described the Second Amendment as divinely granted and condemned federal judges as a “judicial monarchy” that is “the most grievous threat that we have today.” And he did not object when the program’s host described Islam as “not so much a religion as it is a terrorist organization in many instances.”

“There aren’t sufficient scientific facts to establish the theory of evolution, and it deals with the origins of man, which is more from a philosophical standpoint than a scientific standpoint,” Pruitt said on an Oklahoma radio program in 2005. https://t.co/20oZv5lOG8 pic.twitter.com/i8QpcYvfkQ