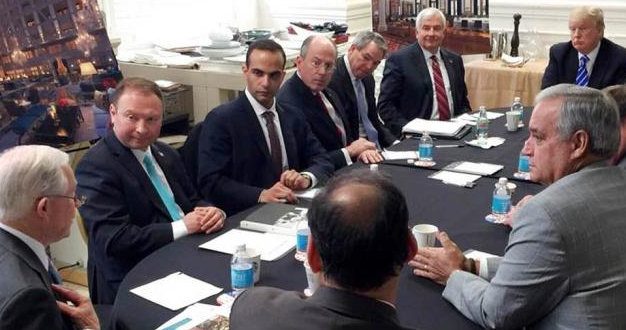 YOU SHOULD DO IT: Emails Reveal Former Trump Campaign Adviser Was Urged To Speak To Russians

When a Russian news agency reached out to George Papadopoulos to request an interview shortly before the 2016 election, the young adviser to then-candidate Donald Trump made sure to seek approval from campaign headquarters.

“You should do it,” deputy communications director Bryan Lanza urged Papadopoulos in a September 2016 email, emphasizing the benefits of a U.S. “partnership with Russia.” The exchange was a sign that Papadopoulos — who pushed the Trump operation to meet with Russian officials — had the campaign’s blessing for some of his foreign outreach.

Since Papadopoulos pleaded guilty last year to lying to the FBI about his Russia contacts during the campaign and agreed to cooperate with special counsel Robert S. Mueller III, Trump officials have sought to paint the 30-year old energy consultant as a low level volunteer whose outreach to Russia was not authorized by the campaign — and in some cases, was actively discouraged.