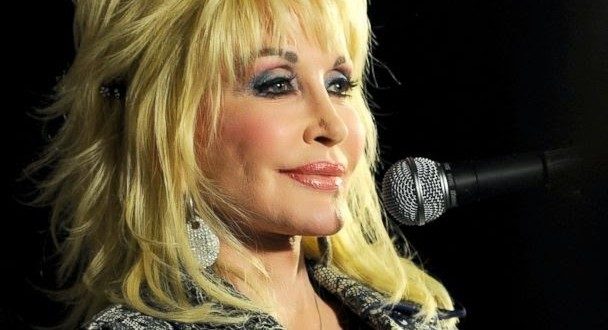 Country music legend Dolly Parton has been called a lot of things over the course of her five-decade career: singer, songwriter, actress and cartoon character (her words). But none of those titles has meant more to the 72-year-old than the one she celebrated at the Library of Congress: “book lady.”

Parton is the founder of Imagination Library, a nonprofit that started out donating books in Sevier County, Tenn., and grew into a million-book-a-month operation. Families who sign up receive a book per month from birth to kindergarten. The singer donated her organization’s 100 millionth book to the nation’s library on Tuesday.

“I never thought about being ‘the book lady,’ ” she joked during the event. “The painted lady, yes, the over-exaggerated lady. That goes to show you can’t judge a book by its cover.”

Great to have @DollyParton here today to celebrate 100 million free books from @DollysLibrary to children across the country! https://t.co/7WUVsyhY6K pic.twitter.com/kf4iE2zf21

Previous REPORT: Hope Hicks Resigned After Trump Berated Her For Stupidly Admitting She Had Lied For Him
Next Kushner Company Got Huge Loans After WH Meetings