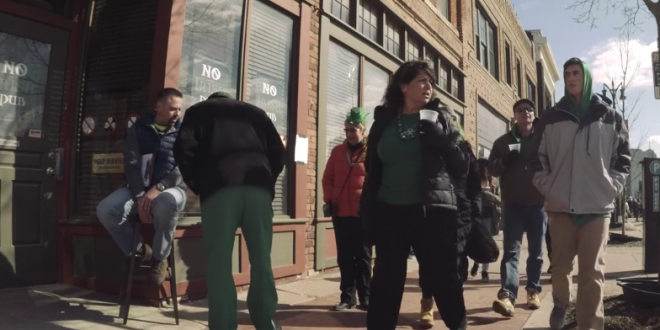 The bouncer who called Irish people “lazy” and “lower-class citizens” last weekend at the door of a pub on the bustling parade route of Detroit’s St. Patrick’s Day Parade ignited more than a few tempers. But he wasn’t trying to spark a fight — just make people think.

It was all part of an experiment to raise awareness about how poorly Irish immigrants were once treated in the U.S. against the backdrop of prominent modern-day conversations about race and immigration. Creator Dan Margulis had a production company record the scene at the fake, temporary pub and produce a polished video of people’s stunned reactions. The video is posted on his website, NoIrishPub.com.

“On a day when everyone is proclaiming solidarity with an immigrant group … we wanted them to feel what it was like to be treated like an Irish immigrant … years ago in this country, and, hopefully, that would get them to think about the way we treat current immigrant groups,” Margulis said.