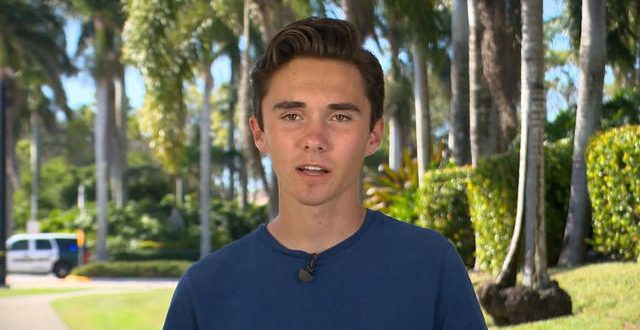 Gun control activist David Hogg, who survived the Florida school shooting last month, is calling for people to target Fox News host Laura Ingraham’s advertisers after she attacked him on social media over his college rejections.

Ingraham shared a Daily Wire story on Wednesday, writing that Hogg had been rejected by four colleges he applied to “and whines about it.”

Whether a boycott to push back against Ingraham’s insult would be successful wasn’t clear Wednesday night, but at least one of Hogg’s celebrity supporters threw his weight behind the effort: “Guardians of the Galaxy” director James Gunn.

David Hogg Rejected By Four Colleges To Which He Applied and whines about it. (Dinged by UCLA with a 4.1 GPA…totally predictable given acceptance rates.) https://t.co/wflA4hWHXY

Soooo @IngrahamAngle what are your biggest advertisers … Asking for a friend. #BoycottIngramAdverts

Pick a number 1-12 contact the company next to that #

His friends are dead.
He’s asking us to save other children from being killed.
One of the organizers of massive protests.
Fox News host mocks him for some colleges rejecting him even though he has an impressive GPA.
Guess @davidhogg111 has really gotten under Fox News’ skin. https://t.co/HmxmOrcBK4

I have to ask – @IngrahamAngle – honestly, what kind of a mother bullies a HS student who survived a school shooting and a massacre? These kids know more about grace and class than you’ll ever understand. https://t.co/I8s4bhBcr0

I stand with @davidhogg111. It’s acceptable to disagree with his politics. It’s another to resort to online bullying and shaming of kids who, agree with them or not, are trying their best to make this world a better place, as @IngrahamAngle has done. Let the advertisers know. https://t.co/OshTEFKwKc