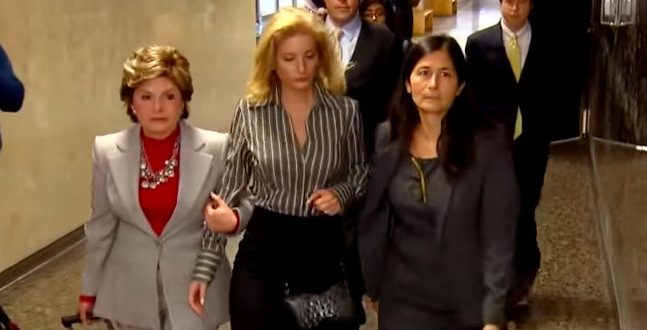 A New York judge said Tuesday that a defamation lawsuit against President Trump related to an allegation that he sexually harassed a former “Apprentice” contestant may go forward. Summer Zervos filed the suit last year after Trump said publicly that she and other women making similar claims made them up.

Trump sought to block the legal action, but New York Supreme Court Judge Jennifer G. Schecter, citing court precedent that led to the impeachment of President Bill Clinton in 1998, said that “a sitting president is not immune from being sued in federal court for unofficial acts.”

Previous Playboy Model Sues To Break Silence On Trump
Next Cambridge Execs Caught On Tape: We Ran “All The Digital Campaign” For Trump, CEO Canned [VIDEO]