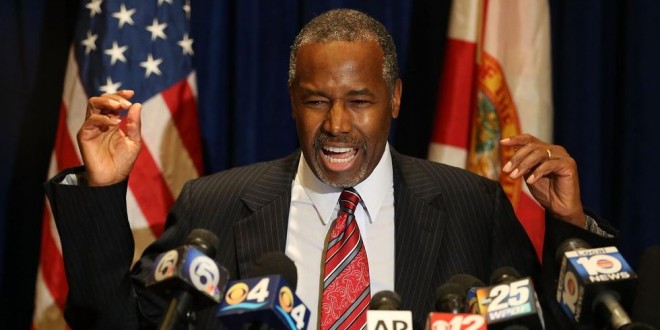 Of Course Dr. Stabby Lied About That $31K Dining Set

Newly released emails cast doubt on claims by Secretary Ben Carson and his spokesman that he had little or no involvement in the purchase of a $31,000 furniture set for his Department of Housing and Urban Development dining room. Emails show Carson and his wife selected the furniture themselves.

An August email from a career administration staffer, with the subject line “Secretary’s dining room set needed,” to Carson’s assistant refers to “printouts of the furniture the Secretary and Mrs. Carson picked out.”

The documents were released following a Freedom of Information Act request from American Oversight, a liberal watchdog group led by former Obama administration officials, and offer a snapshot into how the agency acquired the furniture.

Hit the link to follow the lies and the lies about having lied.