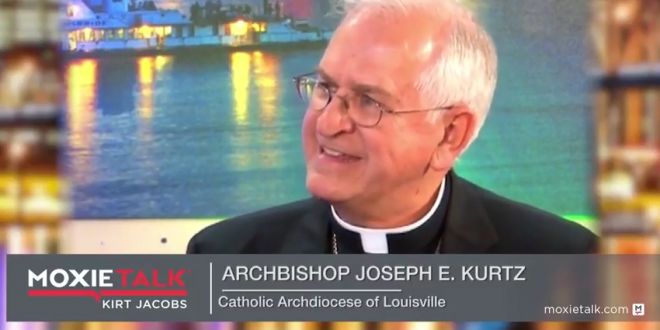 Archbishop Joseph E. Kurtz of Louisville, chairman of the U.S. Conference of Catholic Bishops (USCCB) Committee for Religious Liberty, and Bishop James D. Conley of Lincoln, chairman of the Subcommittee for the Promotion and Defense of Marriage, gave their strong support for the First Amendment Defense Act, which was recently introduced by Sen. Mike Lee (R-UT) in the U.S. Senate:

“We welcome and applaud the recent reintroduction of the First Amendment Defense Act (FADA). The USCCB has been vocal in support of the legislation since its inception. FADA is a modest and important measure that protects the rights of faith-based organizations and people of all faiths and of no faith who believe that marriage is the union of one man and one woman.

“For example, in a pluralistic society, faith-based charitable agencies and schools should not be excluded from participation in public life by loss of licenses, accreditation, or tax-exempt status because they hold reasonable views on marriage that differ from the federal government’s view. The leadership of the Catholic Church will continue to promote and protect the natural truth of marriage as foundational to the common good.

“The Church will also continue to stand for the ability of all to exercise their religious beliefs and moral convictions in public life without fear of government discrimination. We are pleased to support the First Amendment Defense Act, and we urge Congress to pass this important legislation.”

The bill was reintroduced by Sen. Mike Lee earlier this month and currently has 22 Republican cosponsors. A House version has not yet been reintroduced. The previous version of FADA never made it to a full floor vote in either chamber.