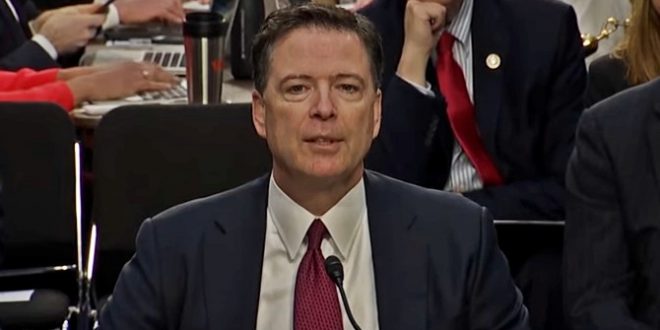 With an assist from President Trump, James Comey’s book is surging on the best sellers list. The book, “A Higher Loyalty: Truth, Lies, and Leadership,” won’t be released until April 17. But on Sunday morning it was No. 2 on Amazon’s constantly updated list of best sellers. The ranking reflects a sudden spike in pre-orders. On Saturday morning, it was No. 15.

What caused the spike in the former FBI director’s book sales? Well it seems to be related to the president’s rhetoric. Trump’s decision to fire Comey last May, triggering a special counsel investigation, is back in the news this weekend, thanks in part to deputy FBI director Andrew McCabe’s firing on Friday night.

On Saturday, Trump celebrated McCabe’s firing and called out Comey as “sanctimonious.” Trump said Comey “made McCabe look like a choirboy.” He didn’t explicitly mention the book, but people got the message.

Andrew McCabe FIRED, a great day for the hard working men and women of the FBI – A great day for Democracy. Sanctimonious James Comey was his boss and made McCabe look like a choirboy. He knew all about the lies and corruption going on at the highest levels of the FBI!

Mr. President, the American people will hear my story very soon. And they can judge for themselves who is honorable and who is not.