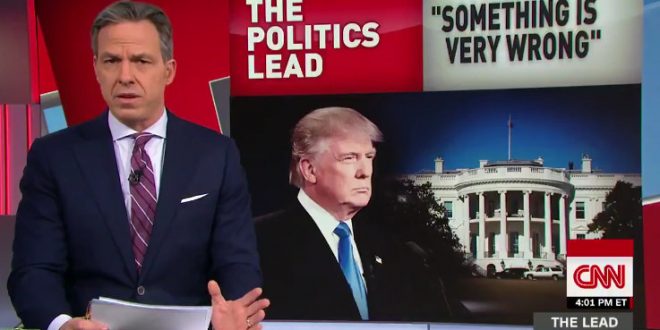 You aren’t alone if you’re having trouble keeping track of all that happened this week in Washington.

At the top of this afternoon’s The Lead, CNN’s Jake Tapper valiantly attempted to recap this week’s big news while issuing a disclaimer that something else may break within the hour to overtake an already overstuffed news cycle.

“Chaos has been part of how Donald Trump has run his businesses,” he noted. “Chaos has been how he ran his campaign. And chaos has marked how he has run the country. But is there something worse about this week’s maelstrom?”

.@jaketapper on the current chaos at the White House: "If this isn’t a tailspin… what is it?" https://t.co/aL7z08xtD0 pic.twitter.com/2RJxrWePtH