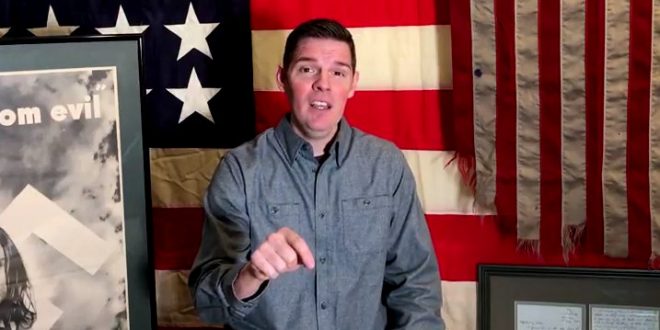 Christian Radio Host: The Second Amendment Gives Us The Right To Own Any Weapon The Government Does

Tim Barton, who serves as the president of WallBuilders and co-host of the daily “WallBuilders Live” radio broadcast along with his father, Religious Right pseudo-historian David Barton, and former Texas state legislator Rick Green, insisted today that the Second Amendment guarantees to every American the right to own “the same level of weapons” as possessed by the government.

Like his father, who insists that individual citizens have an unlimited right to own a tank or a fighter jet, Tim Barton asserted that since the Second Amendment was designed to allow citizens to fight off a tyrannical government, they are entitled to possess the same types of weapons that might ever be used against them.

“It was actually about protecting people from an abusive government,” Barton said. “And because of that, whatever weapons the government had, the people also had access to and in the founding era, they had the right to have it. Now, people today would say, ‘Wait a second, back then all they had was muskets.’ Yes, that’s true, but the advancement of technology that the militarilies had at the time, the people had as well.”