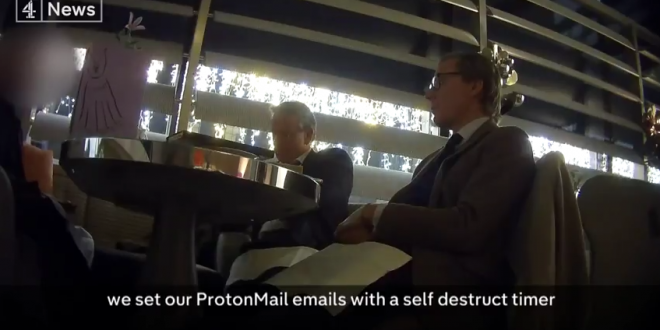 Cambridge Execs Caught On Tape: We Ran “All The Digital Campaign” For Trump, CEO Canned [VIDEO]

An undercover investigation by Channel 4 News has revealed how Cambridge Analytica claims it ran key parts of the presidential campaign for Donald Trump. The British data company was secretly filmed discussing coordination between Trump’s campaign and outside groups – an activity which is potentially illegal.

Executives claimed they “ran all the digital campaign, the television campaign and our data informed all the strategy” for President Trump.

The company says their work with data and research allowed Mr Trump to win with a narrow margin of “40,000 votes” in three states providing victory in the electoral college system, despite losing the popular vote by more than 3 million votes.

Cambridge Analytica have announced they have suspended chief executive Alexander Nix pending a full investigation. They said: “In the view of the board Mr Nix’s recent comments secretly recorded by Channel 4 News do not represent the values or operations of the firm.”