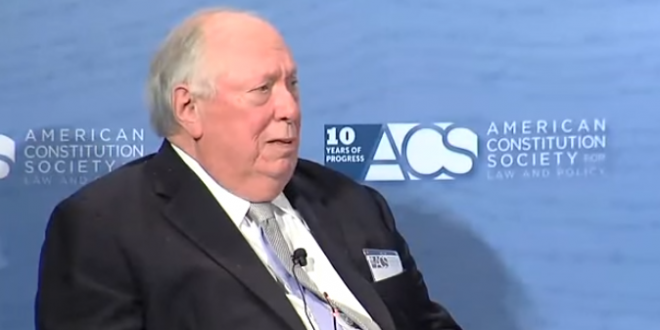 Judge Who Struck Down Prop 8 Dies At Age 87

Stephen Reinhardt, a judge on the 9th Circuit Court of Appeals, has died. He was 87. Reinhardt was considered to be one of the most liberal judges on the court. President Jimmy Carter appointed Reinhardt to the federal courts in 1980.

One of Reinhardt’s most notable high-profile rulings in recent years was a 2012 decision that struck down Proposition 8, a California initiative that denied the right of homosexuals to marry. Reinhardt, writing for the majority, deemed that Prop. 8 was unconstitutional because California had no basis for withdrawing the right to marry from gays and lesbians.

Judge Reinhardt is survived by his wife, Ramona Ripston; three adult children: Mark, Justin, and Dana; and seven grandchildren, according to a statement released Thursday. For decades, Ramona Ripston was the executive director of the American Civil Liberties Union.