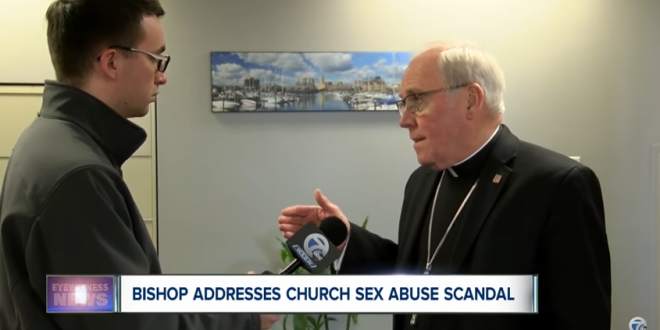 For more than 30 years, Timothy J. Clark lived with the emotional scars of being sexually abused by a parish priest. The name of the man who allegedly assaulted Clark remained a closely guarded secret. Clark didn’t want to talk much about it. Bishops for the Catholic Diocese of Buffalo refused to acknowledge anything about priests who were accused of molesting minors.

Bishop Richard J. Malone altered course this morning by disclosing the names of 42 priests facing allegations of sex abuse, including 27 priests whose names had not previously been linked in public to molestation complaints. Among the 27 new names was the Rev. Louis J. Hendricks, the priest that Clark said repeatedly abused him when he was a teenager growing up in South Buffalo in the 1980s.

Most of the priests on the list were never prosecuted on criminal charges or sued in civil courts. Some of the priests were quietly removed from ministry under the guise of early retirements or medical leaves. The diocese on Wednesday did not provide any information about the specific allegations against each priest, or disclose where the living priests are residing.