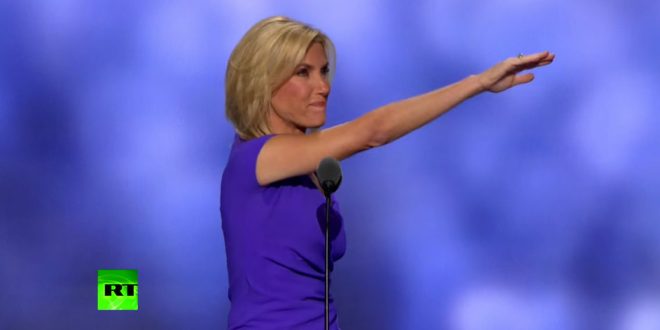 Breitbart: The Media Is On A McCarthyist Witch Hunt To Destroy Laura Ingraham Because She’s A Conservative

The pretext being used to destroy a conservative woman, Fox News star Laura Ingraham, is that she accused a 17-year-old of “whining.” Even after apologizing to anti-gun activist David Hogg, the corporate media and the organized left, with a lot of help from gutless corporations, are still determined to dismantle Ingraham’s entire professional life — to shut a conservative woman up by removing her platform, all because she accused a teenager of “whining.”

Keep in mind that Hogg is not just any 17-year-old. He is a foul-mouthed hurler of extremist, partisan venom and a shield for a media eager to disarm and silence their enemies on the right. And in order to enjoy that shield, the media have handed Hogg unlimited power. Let us call this what it is — un-American McCarthyism, a partisan witch hunt in which the establishment media is an active participant and cheerleader.

In the comments, which I don’t recommend you read, presumably Christian readers are wishing that Hogg had been among those murdered. As you can see below, Nolte has a history of calling everybody a fascist.