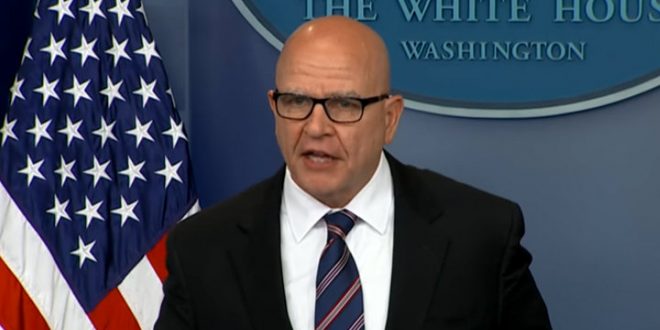 General McMaster will retire from the military, the officials said. He has been discussing his departure with President Trump for several weeks, they said, but decided to speed up his departure, in part because questions about his status were casting a shadow over his conversations with foreign officials.

The officials also said that Mr. Trump wanted to fill out his national security team before his meeting with North Korea’s leader, Kim Jong-un. He replaced Secretary of State Rex W. Tillerson with the C.I.A. director, Mike Pompeo, last week.

I am pleased to announce that, effective 4/9/18, @AmbJohnBolton will be my new National Security Advisor. I am very thankful for the service of General H.R. McMaster who has done an outstanding job & will always remain my friend. There will be an official contact handover on 4/9.