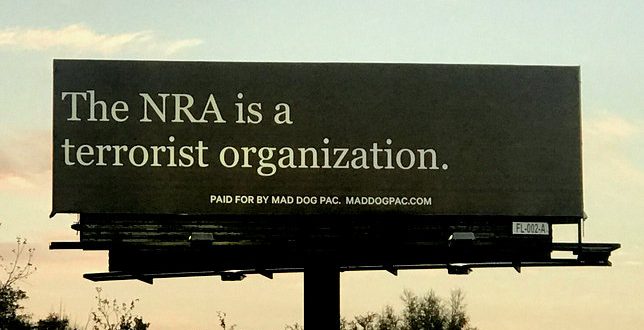 The same anti-Republican political action committee responsible for a billboard that targeted GOP Rep. Matt Gaetz in January has paid for a second billboard in Pensacola, this time taking aim at the NRA.

The new sign on North W Street near West Fairfield Drive was paid for by Mad Dog PAC, an organization registered in December 2017 by Claude Taylor, a former White House staffer under Bill Clinton’s administration.

Taylor said he currently has a contract for “28 or 29” billboards throughout the country. Mad Dog PAC looks to put up its anti-NRA and anti-Republican billboards in traditionally red states.