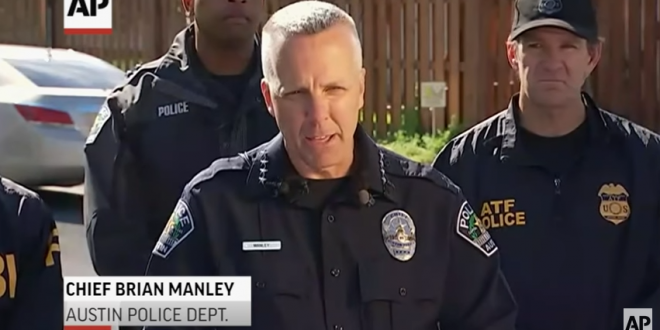 In the days since police cornered the suspected Austin bomber last week, authorities faced intense criticism from some quarters for the way they described the man who paralyzed their city with fear.

Interim Austin Police Chief ­Brian Manley called the 23-year-old suspect, Mark Anthony Conditt, a “challenged young man” frustrated about troubles in his personal life.  To the dismay of some critics, Manley refrained from labeling the suspect — a white man — as a terrorist. Authorities found no indication that he was inspired by any foreign terrorist groups or that he was motivated by hate for a particular group.

But Manley has since changed his mind. “When I look at what he did to our community,” the police chief said Thursday, “I actually agree now that he was a domestic terrorist.”