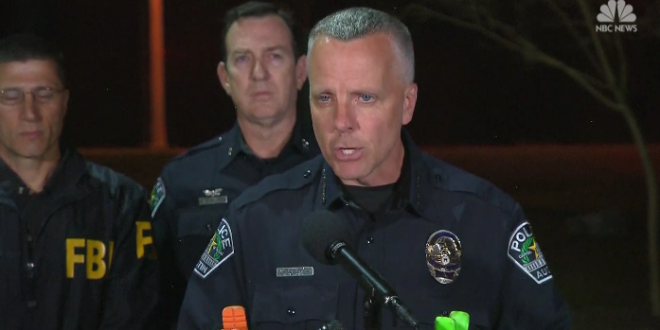 Police told residents of a neighborhood in southwest Austin to stay at home until 10 a.m. (11 a.m. ET) Monday after the fourth explosion in less than a month hit Texas’ capital, injuring two men. In a late-night news conference on Sunday, Austin Police Chief Brian Manley raised the possibility that a tripwire triggered the device in Travis County.

“We will not be able to send school buses into the neighborhood on Monday,” he said. “In addition to that, we’re going to ask the residents in the Travis County neighborhood to stay in your homes tomorrow morning and give us the opportunity to process the scene once the sun comes up.”

Manley asked the community “to have an extra level of vigilance and pay attention to any suspicious device whether it be a package, a bag, a backpack, anything that looks out of place and do not approach it.” Police are working under the belief that the incident is related to a string of unsolved package bombings this month which killed two and injured two others, though that has not yet been confirmed.