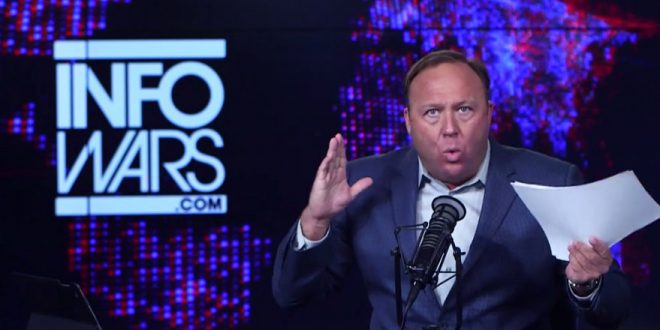 Conspiracy theorist Alex Jones has discriminated against his staff, laughed along with racist and anti-Semitic slurs against former employees and even groped one female worker, bombshell documents allege.

The controversial Infowars owner joked with staff who called Rob Jacobson ‘The Jewish Individual’, ‘The Resident Jew’ and shouted ‘Yacobson’ across the office, it’s claimed. Jones allegedly continually bullied, ridiculed and humiliated Jacobson – who worked for Jones’ company Infowars for 13 years – before firing him last May.

Jacobson is in the process of suing Jones for discrimination, harassment and unfair dismissal and his lawyers have submitted a complaint to the Equal Employment Opportunity Commission (EEOC).

According to the EEOC statement from Beckford, who is African American, Jones made unwanted sexual advances and allegedly groped her while commenting, “Who wouldn’t want to have a black wife?”