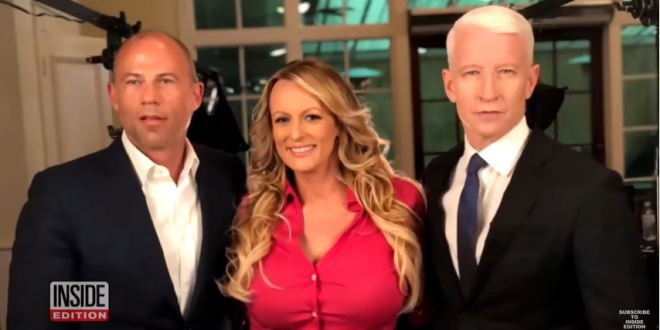 Daniels’s attorney, Michael Avenatti, heightened the suspense. After Daniels sat for an interview with news anchor Anderson Cooper, the lawyer tweeted a photo of the three of them, along with the Twitter handle @60Minutes — teasing a tell-all from the woman who has been silenced for more than a year by Trump’s lawyer, Michael Cohen.

CBS News officially offered little information about the “60 Minutes” interview. Network president David Rhodes has made no official statement. CBS declined to comment on whether it made any legal arrangement with Daniels. It also declined to say whether it has received any legal threats from Trump or his attorneys, leaving open the possibility that there is behind-the-scenes maneuvering.