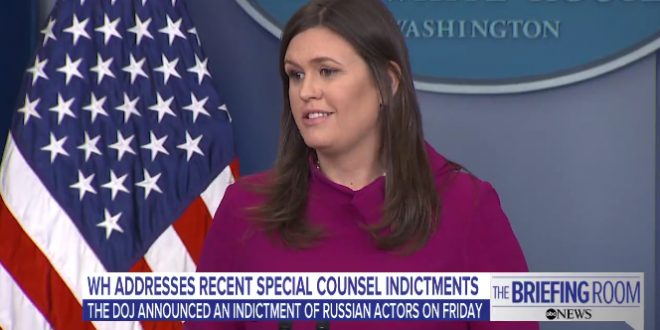 The White House said Tuesday there was “an incident” last week which will be revealed in the coming days that will show how President Donald Trump is “tough on Russia.” Press secretary Sarah Huckabee Sanders made the comment at the daily briefing, but offered no more details. Trump has suggested on Twitter that President Barack Obama’s administration didn’t do enough to counter meddling in the 2016 election, and called himself “much tougher on Russia than Obama.”

Sarah Sanders on President Trump: “He has been tougher on Russia in the first year than Obama was in eight years combined.” pic.twitter.com/wUAyqBtskq